Is your butt dragging?

My friend Bob Warren showed me this nifty trick several years ago.  Its a great way to prevent a drooping butt...at least as far as salmon flies go!

First, after tying in the tinsel tag, run the thread (I always use white thread when I'm using flourescent floss) to the forward-most point of what will become the butt and tie in the floss like this: 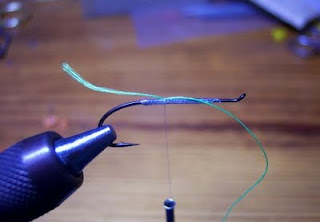 I use Gordon Griffiths floss for my flies.  Its hard to come by, so I'm always on the lookout for it.  I think its depth of color is unparalled and that alone would be reason to use it, but its also easily split into two halves.  I think I get a smoother, sleeker butt or body by just using a half.  If you like ridges in your butt or body (keep your mind on the fly), then don't split the floss.  I do know some tyers that like that look better.
Well...wind the floss back to the tag and forward again to the tie-in point and tie off with a couple thread wraps: 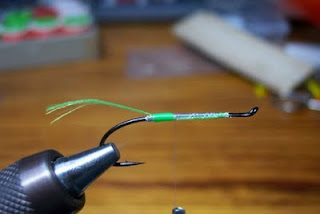 ﻿
﻿Now bring that little bit of floss up over that tag, make a thread wrap, give the floss another little snugging tug, and tie it in: 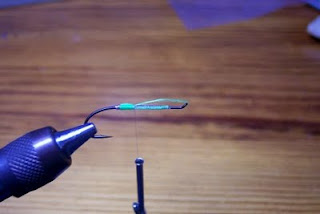 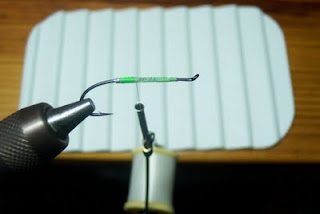 ﻿I can't keep myself from adding a little extra note to this post.  On one of the internet forums I frequent, some fellows were extolling the virtues of cheap flies recently, as low as 50 cents each on the internet's most popular auction site.  They even mentioned a couple of that site's online fly shops that had "great, cheap flies".  Well, speaking of dragging butts, here's what those guys thought were a good deal (photos from the auction site...THESE ARE NOT MY FLIES!!!) 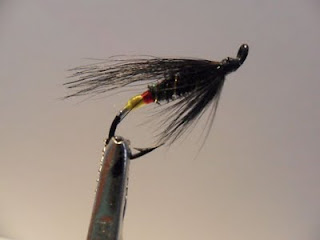 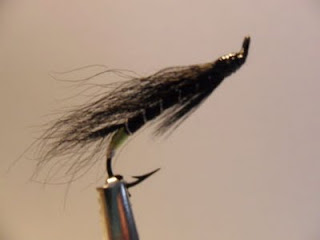 Some folks are easily pleased, I guess.   I sell my hairwing salmon flies for four dollars each.  At least they don't start out looking like they've been fished for a hundred years!  Never was this more true, in my opinion: you get what you pay for, fly-wise.  And finally, as Jerry Doak says on his website (http://www.doak.com/), "...the fly is the only part of your tackle that a salmon sees, so isn't it the last place you should cut corners?"