Being kind of a fly tying material junkie (gross understatement, that), I've gotten a fair smattering of flosses over the years.  There's been a lot of traffic to my post about the differences you see in floss when it gets wet, based on what you underlay the floss with, so I thought it would be fun to look at the color variations among several floss suppliers.  I must admit to being partial to Gordon Griffiths floss for my salmon flies, although I use Uni's bright yellow for the Celtic Beauty.   I didn't photograph any Japanese silk or even Pearsall's stuff; I don't have any to speak of, and I only use Pearsall's on soft hackles.   Please note there's no color correction involved here, but the colors in the pics give you an idea of the basic differences in color and the pics are close up enough so you can get an idea of texture variations.  Gordon Griffiths is a 2-strand floss; I separate the strands when I'm tying the butts on salmon flies. 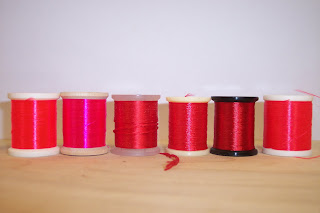 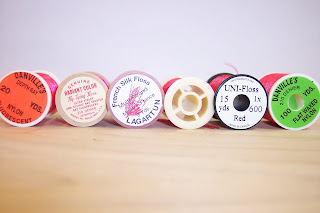 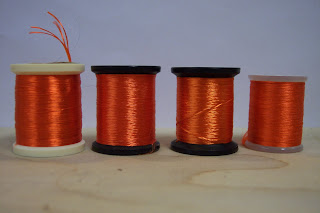 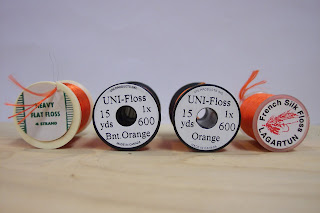 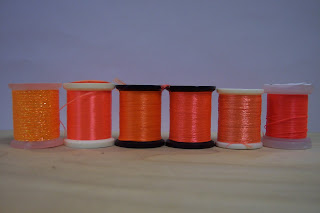 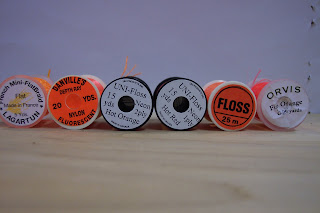 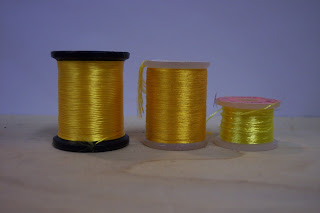 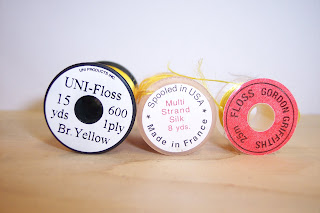 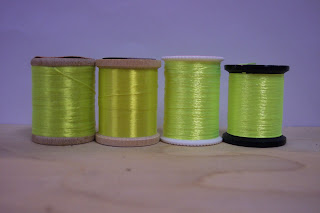 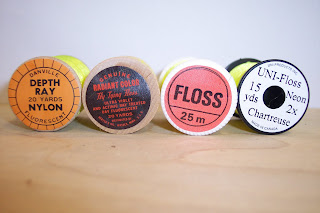 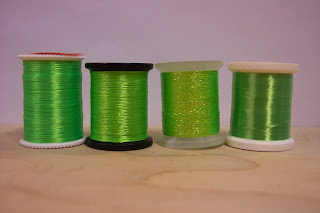 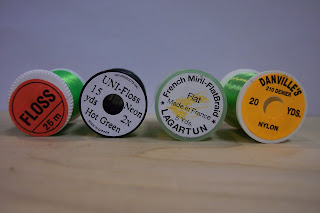 If a spool just says FLOSS or has no label, it's Gordon Griffiths floss.  There's a microbraid or two thrown in, since they make a pretty flashy butt.  I also included a couple heavy threads, too; several friends wrap their butts with it, rather than floss.  I can't believe that I didn't take the opportunity to say that I know people that don't floss their butts!

And don't forget, if you can't find the shade you want, you can blend flosses for flies like the Cutty Sark: 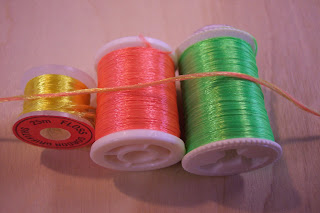