Over the past several years, I have found, finally, a way to make financial contributions to non-profits I care about (i.e., The Miramichi Salmon Association, the Atlantic Salmon Museum, the  Atlantic Salmon Association, and the Central New Brunswick Woodmen's Museum).  Yikes, they're all in Canada!  I've taught myself how to frame flies and art in various forms, and folks seem to appreciate those framings with their dollars at the various institutions' fundraisers.  The most important (read: highest priced) framings I've been able to donate were actually "co-donations" where several fine artists have donated a piece of their original work to be included in a framing.  Val Kropiwnicki, Nathan Carter, my sister Kathy Rasimas and now my friend John Maticko have all stepped up to the plate to help me raise money for wild Atlantic salmon conservation.

John and I worked together to produce a framing for the live auction at the Miramichi Salmon Association's Icebreaker fundraising dinner on April 27, 2019.  John is a serious Atlantic salmon angler.  How could he not be, growing up the son of a salmon outfitter in Iceland, where he returns each year to fish.  John has the most incredible collection of classic Atlantic salmon flies I've ever seen (you can view John's fly collection and his lovely photos of Iceland and Atlantic salmon here:  https://www.flickr.com/photos/67069926@N07/ .

John donated a painting of a Logie and a Blue Charm for the Icebreaker.  I tied up one each of those same flies and came up with this framing (frame is white pine, milled to shape here in my shop): (you can click on the pics for the larger version) 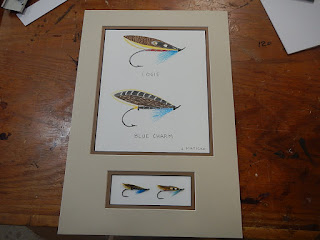 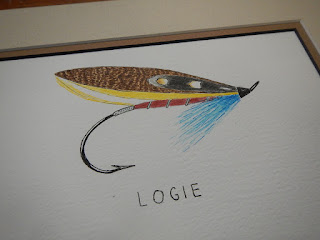 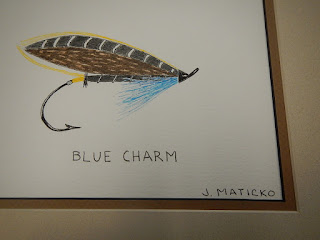 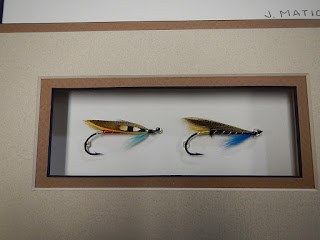 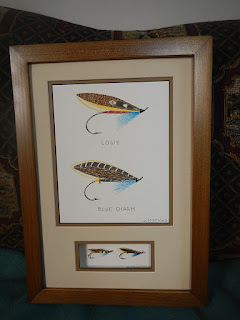 Rather than flood the live auction at the fundraiser with more of my shadow box framings (especially since I'm the auctioneer and that could get a little weird!), I created one specifically for that event's silent auction.  Keeping with what I just realized is a "days gone by" theme, I came up with a framing I titled, "The Good Old Days."  It features a public domain photo, taken in New Brunswick in the 1920's by photographer Louis Hamilton, of a portly sport (has to be American, right?) and his two guides with a fish on.

That photo evoked thoughts of featherwings from the past, so I tied up a few, hopefully complementing the photo.  Again, the frame is pine, molded in my shop. 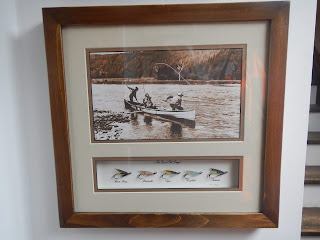 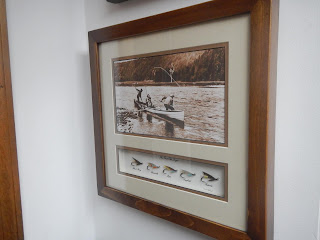 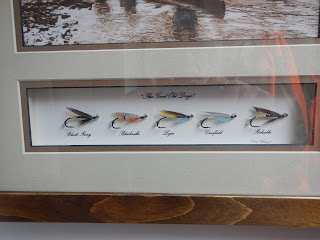 Hopefully these framings will bring in a few hundred dollars to go towards MSA's good and important work.

I need to also mention how another cooperative framing venture benefitted MSA's conservation programs.  My friend and co-MSA board member induced fly tyer Bill Utley to tie a set of Cains River Streamers for the MSA-US fundraiser in Burlington, MA, back in February.  Brad bought the set in the silent auction.  He then chatted with me a bit about how to present them as a further donation to the cause.  Long story short:  I volunteered to frame them.   And Brad said he would get an online auction software package for his website, and do the auction there (www.bradburnsfishing.com).

I've never framed 13 big streamers before, so it was time to put my rather rusty and wrinkled thinking cap on.  Started out in my usual way: 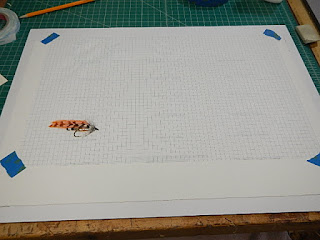 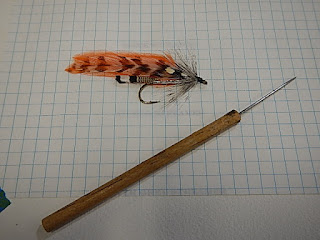 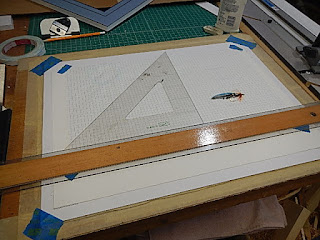 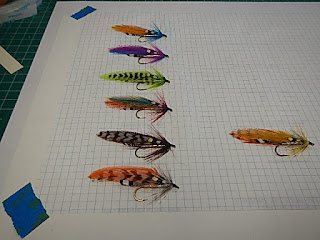 This framing was bigger than any I had done before, and I didn't want to hand write the fly names on the background, or use any sticky thingies for the job, so with the kind permission of the boss (she knows who she is), I waddled off to our local Staples store, and purchased an Epson WF-7710 wide format printer, which can hand sheets up to 13X19 inches as well as heavy, card stock paper (or in my case, heavy artists' watercolor paper.   I ended up with this for the background: 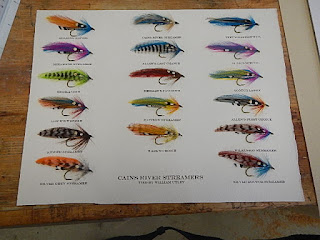 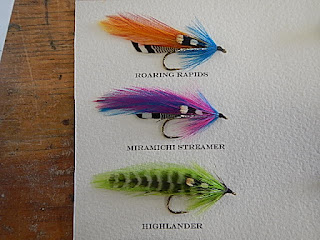 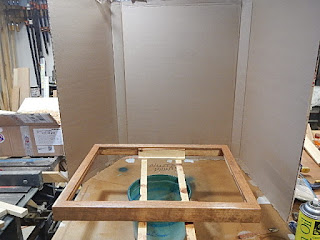 Well, the final product, photographed by fellow MSA-US board member Ralph Vitale brought in $1,000 for MSA programs.   My heart felt thanks to Brad Burns, Bill Utley and Ralph Vitale for making this happen! 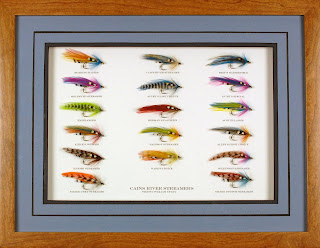 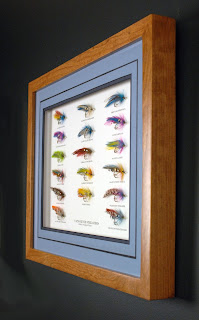 Well, that's enough framing for now...have to go finish two more of these for a lodge out west! 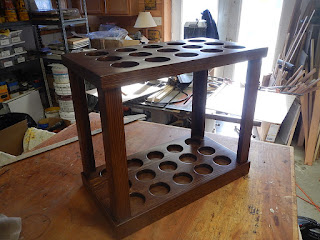